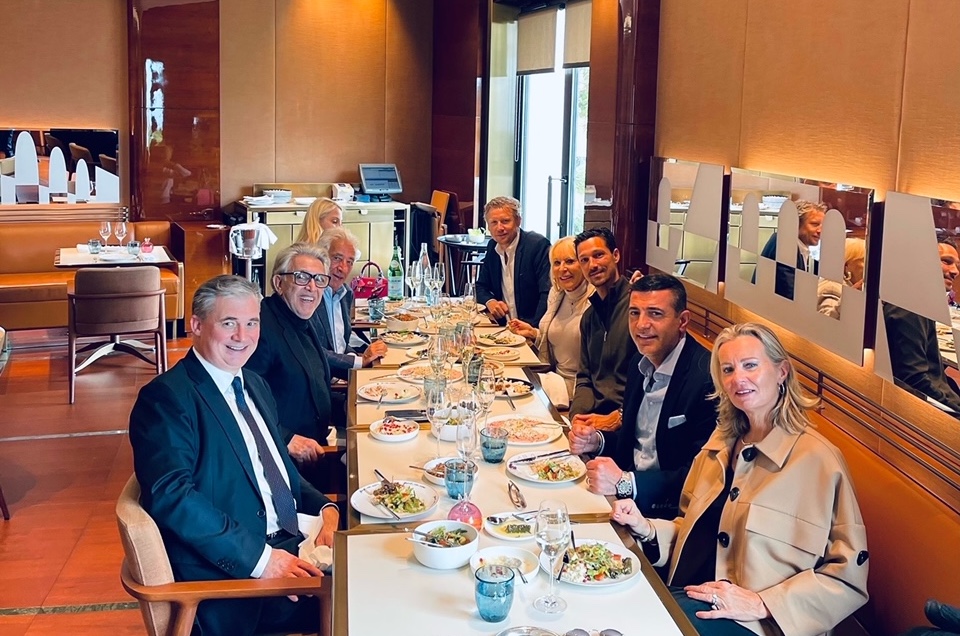 The Monaco Ambassadors Club have hit the town for a series of lunches to celebrate the highly anticipated opening of Em Sherif, the new Lebanese-Mediterranean restaurant at the Hôtel de Paris.

With the lofty aim of actively promoting the Principality’s reputation through works and events in the areas of the environment, well-being, the economy and culture, the Monaco Ambassadors Club (MAC) also manages to have plenty of fun.

Members were invited to attend one of the opening lunches for the newest Société des Bains de Mer (SBM) restaurants, Em Sherif at the Hôtel de Paris, which were held last week, serving up delicious Lebanese-Mediterranean fare in a gorgeous setting.

During the lunches, the MAC representatives emphasised the importance of the Club’s mission.

The Club defends the image of the Principality through its economic, medical and environmental actions, support for the business world, art and culture. It was therefore pleased to be able to support this new restaurant and the economic actions of the SBM, a key player in Monaco.

The members have more culinary delights in store for them as MAC prepares to host another similar event next month for the opening of Pavyllon, Yannick Alléno’s latest creation at the Hermitage Hotel.

The Monaco Ambassadors Club offers members a chance to make lasting connections and friendships with others living in the Principality through their common belief in the “art of living”.

The club, which has been around for almost 50 years, was first established by Princess Grace as a way to gather people from different cultures and backgrounds that may not otherwise meet, to become honorary emissaries for their adopted home.

They hold several events throughout the year, including their annual Goodwill Gala, where one person is selected for their stand-out contributions to the Principality and their profession to become the club’s Goodwill Ambassador.