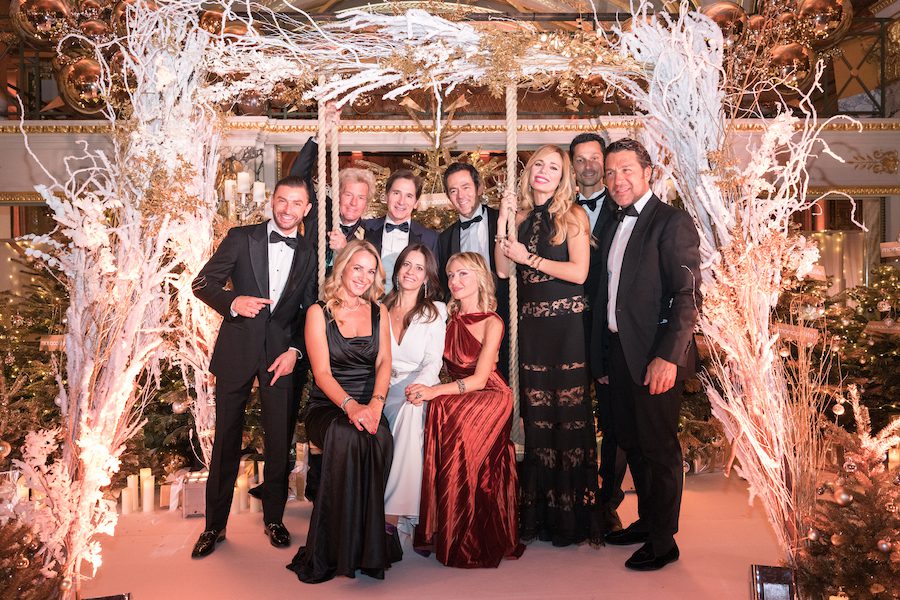 The Hôtel de Paris came alive with the spirit of Christmas on Saturday night as the Monaco Ambassadors Club, in partnership with Monaco Life, hosted the annual Christmas gala for members and guests.

As Christmas carols filled the magical Salle Empire of the Hôtel de Paris, around 100 MAC members and guests enjoyed a seated dinner and entertainment, adhering to all current health restrictions, with the beautiful, illuminated Casino Square as a backdrop.

Atop a golden music box, a ballerina moved to the sounds of Alexandra Miller.

“It is at this time of year when coming together as a club is so important, reflecting on the year past and spreading good cheer and season spirit for the year to come,” says MAC President Christian Moore.

“We aimed to create a magical evening as an end-of-year party and I believe we accomplished just that, despite the current situation the world finds itself in. With this year ending, the MAC is coming back stronger than ever next year with many new events in the calendar, and we look forward to welcoming new members and new horizons.”

“It is a privilege to be a member and media partner of the Monaco Ambassador’s Club, and we had a great time being part of an evening that brought some holiday cheer to the members,” adds Monaco Life Publisher Eric Brundage. “The room was beautifully styled, and the music was perfect. The MAC team truly outdid themselves.”

The Monaco Ambassadors Club was founded in 1973 with the encouragement of Princess Grace of Monaco. Today, its Honorary President is HSH Prince Albert II of Monaco, and the club brings together those who wish to actively promote Monaco’s international reputation. Members come from various sectors of the Principality, including government, the diplomatic and consular corps, as well as renowned public figures, multinationals and HNWIs.